TIL: How shodan takes screenshots of computers

Recently, I have been playing around with shodan images, a service provided by shodan that aggregates screenshots of accesible videofeeds over the internet of things, including a lot of windows login screens and webcams. 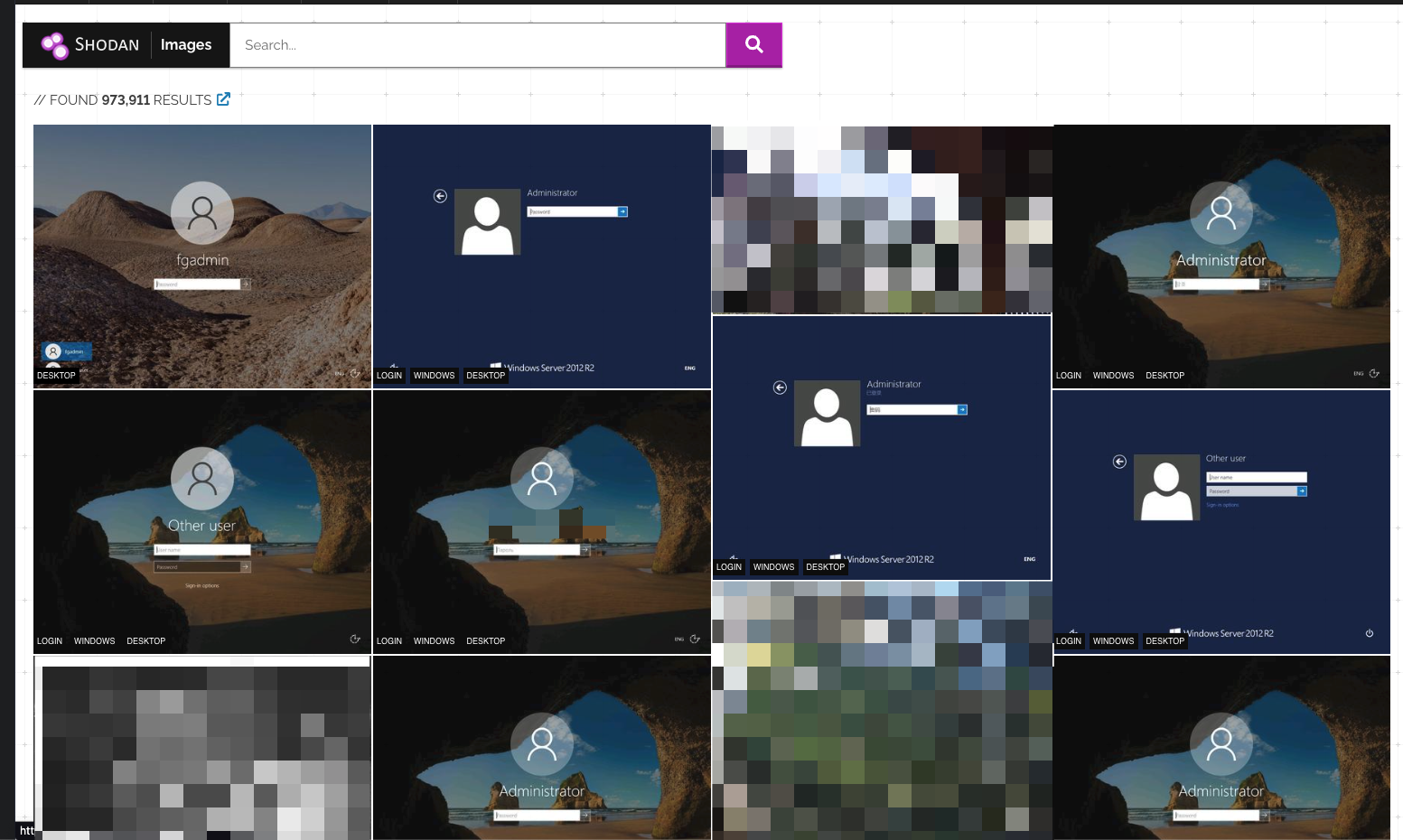 The catch is, while they provide the screenshot for the users, shodan provides absolutely no hints as of how they obtained the screenshot.

Shodan claims that they grabbed those screenshots based as the RDP service is exposed to the internet, but when I tried to access the remote desktops with Microsoft Remote Desktop, it immediately prompted me for a username and password, which I do not have.

While rdesktop was suggested, it seems to be unmaintained and brew wouldn’t let me install it. Instead, I came across freerdp, an actively maintained, fully featured, though less user friendly(CLI based) RDP client.

To access a RDP server without NLA, create a regular rdp file from the target machine’s ip address, and add the following line to the file:

Or, you can paste the snippet below, and switch <YOUR_IP_ADDRESS> for the target machine’s ip address

After installing freerdp (and xquartz if you’re on mac), simply run the follwing command:

And voila, you should be able to access the login screen of the target machine just like shodan.